Leigh-Anne trained in Acting & Contemporary Theatre at East 15 Acting School & Performance Arts at Trinity College London. Leigh-Anne's recent theatrical credits, as a director, deviser and as a performer, include the French play, starring Juliette Binoche, 'Mademoiselle Julie,'which was performed at the Barbican Theatre, Sibling Production's 'Short Cuts' at The Hen & Chicken's  Theatre Bar, and National Youth Theatre's 'Playing Up: Double Bill' at the Unicorn Theatre. Leigh-Anne is also involved in a number of self-devised contemporary performances and performance-based initiatives around Europe.  She was invited to perform in Berlin in the EU Festivities commemorating the 50th Anniversary of the Rome Treaty. She is also an Ambassador for the Barbican Centre in London.

Franco-American Victorine has divided her life between the two countries, and is now settled in London, Having completed her MA in Acting (International) at East 15 Acting School. When not acting or directing, she can usually be found  stage-managing, or working as part of the construction or run crews. 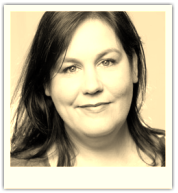 Trained at the RSAMD and has pursued a career in comedy since  her first job in THAMES TV’s NO JOB FOR A LADY. Alice’s acting career has always been varied and interesting, from The Steam Industry’s THE HIRED MAN to challenging ventures, such as playing Lady Bracknell in THE IMPORTANCE OF BEING EARNEST and Miriam in OUTSIDE EDGE at sea. Whilst working at sea she was able to extend her comedy repertoire to include stand up and presenting, as well as the ability to be exceptionally civil on very little sleep. Since her return she has worked on UK No 1 Tours of the comedies KEEPING UP APPEARANCES, BIRDS OF A FEATHER and as Sheelagh in DINNERLADIES, with DERREN BROWN in his TV EXPERIMENTS series THE GUILT TRIP, EXECUTED FOR SODOMY at the Edinburgh Fringe and with Phyllida Lloyd’s fantastic all female JULIUS CAESAR at the DONMAR WAREHOUSE which transferred to New York last October. 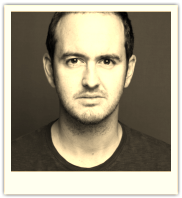 Michael graduated from East 15 having studied Acting for TV, Film and Radio. Previous work includes Dr Jekyll & Mr Hyde (Union Theatre),Measure for Measure and The Trial of Mary Antoinette (both Courtyard Theatre), Compass in Jonson’s The Magnetic Lady (The White Bear), Gary in Go Be With Your Sister for Ugly Sisters Productions (Southwark Playhouse) and Oberon in A Midsummer Night’s Dream for Lazarus (Blue Elephant). FORSEEN involves two exciting firsts, both working with the wonderful Goblin Baby and the super Hen & Chickens. 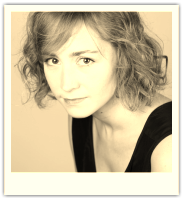 Originally from Canada, Alexandra has been living and working in London for nearly a year.  She is a graduate of McGill University and The Atlantic Acting School and has interned at The Atlantic Theater Company and Partial Comfort Productions in New York. UK stage credits are: Eleanor in Should I Stay or Should I Go?, August in The Dandelion Heart, Amy in Bloody Mary, and Marion inScream Queens Anonymous. Recent North American credits include: Irina in The Three Sisters: A Tale of Dreams and Woe, Rosemary in The Factory Girls, Scilla in How Coyote was Swallowed by the Sandia Mountains, and Gina/Julie/botchedbaby34 in Botched.